The winds of climate change 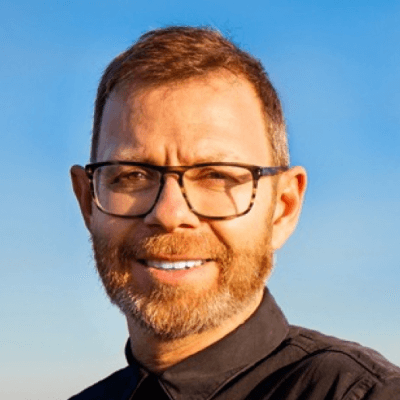 We hear time and time again that we need to reduce our co2 output to achieve this mystical state of “Net-Zero”, but when it’s a moral obligation not a legal one, why would you focus your limited resources on it, particularly with the current economic climate. However, the argument for intervention and forcing radical and drastic change is compelling.

Taking a look at the big societal issue of obesity potentially is a parallel universe that we need to learn from as it’s likely to be one of the biggest health threats we’re facing.

WHO estimate that over 2bn people are overweight (out of a total global population of 7.7bn) and in the UK, already over 40% of children aged 10-11 are currently classed as overweight or obese (NHS Digital, Child Measurement Study), which is estimated to be the fifth highest cause of death already and the UK estimates that wider society costs is c.£27 billion. Whilst the NHS costs are over £6bn per year and expected to reach an eye watering £9.7bn by 2050, with total societal costs expected to be around £50bn per year.

WHO outline the frightening list of health issues that are directly related;

So a lot of work (still not anywhere near enough) is being done on prevention and cure. From free gym membership, calories put on menu’s, sugar tax, HFHS legislation (which may or may not come into play in October in the UK), advertising watersheds, better (childhood) education, medical intervention (eg) Gastric bands.

But the obesity crises is complicated, it’s not a personal choice, it’s incredibly complex and caused a lot by socio-economic factors, just look how the most deprived school children’s obesity levels spike over the past few years.

Combined with the drive for corporate greed; Sell more, by selling more.

Yes, people have a choice, but when the world is super-sized to create super-sized profits by selling high fat, high sugar, high salt, that taste great, and are cheaper than more healthy and nutritious options, we can’t expect a healthy consumer.

And it’s proven that as a society we can’t self-regulate (just look at explosion of vaping and how so many people still smoke).

When it comes to carbon footprints, CO2 and Climate Change, there are so many similarities with obesity.

It’s estimated that 5m extra people die every year already from extreme weather, and the economic cost of climate change is estimated to wipe 11- 14% off global economic output by 2050, $23 trillion.

Yet we’re in a disconnected space where every climate scientist is telling us about the tsunami of devastation that is coming our way, yet we’re struggling to accept intervention.

Maybe because we can’t see the bi-product because it’s so ethereal.

I don’t get fatter when I consume more co2. The business I’m sat in doesn’t have a huge plume of black smoke above it. The bins outside aren’t overflowing. It’s currently difficult to smell the stench of an overly polluting person or company.

We need to see CO2 like power, calories or food hygiene ratings and that every action has a reaction.

And that our choices (personal and professional) impact our carbon footprints.

There’s a huge push around identifying our carbon footprints, but we need to begin to associate our everyday lives with the impact. People like Martin Lewis have been brilliant at helping people understand the cost of having a shower, how to save power, and made it relatable with the energy crises. But currently carbon footprints are abstract and virtually possible to visualise.

Is that a lot, or a little, and more importantly what can I personally do about it?

And the person flying?

Who’s responsible when they are asked to travel to a meeting by a boss, customer, client, supplier.

Most companies and individuals are only just starting their journey to net-zero, and it’s a complicated and confusing space, with lots of differing opinions.

A lot of companies are feeling exposed that they aren’t doing enough, or making the wrong choices and being seen to be “greenwashing”. But we need to start celebrating the positive actions being done by so many companies and individuals.

Yes everyone needs to do more, but as humans, we all feel better when people focus on the positives not the negatives.

Surely it’s better to say to someone

“well done on the smart choices you made last week, keep it up, a way to go, but you’ve lost 2 lbs which is really well done”.

“you’re still making lots of bad choices, morbidly obese and you’ve got to lose 40lbs else you’re at risk of dying prematurely”

Mark Stringer (aka Strings), is a marketing specialist having spent nearly 30 years agency and client-side working for numerous world-renowned brands. With a passion and love for start-ups, and taking part in sporting events like Ride Across Britain and Ultra’s.